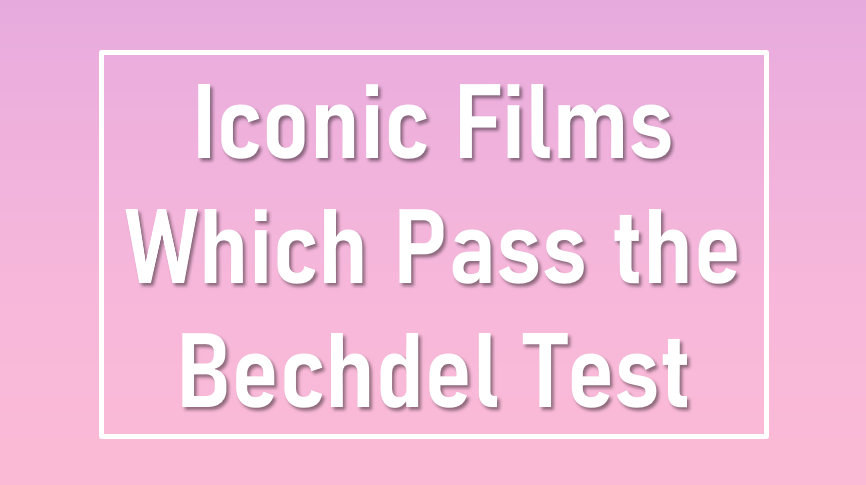 In short, an amazing cartoonist named Alison Bechdel created a criterion to show representation of women in films.  The criteria is quite simple:

A movie that has at least two women in it who talk to each other, about something other than a man.

At first, I thought that finding films which follow this would be super easy.  However, when I began thinking about it, movies which pass the test are few and far between.  For easy viewing, I have compiled a list of ten of my favourite films which pass this test.  Happy watching!

I am obsessed with this film. It’s the first superhero movie I ever watched and I was so excited because I felt I finally found a mainstream character in the media who looked like me. Wonder Woman is so cool and I can honestly do an entire paragraph about how she’s a feminist icon… (hint hint 😉 )

I’ve already written a review on this marvellous movie – access that here: https://totallytatiana.com/2020/01/14/my-thoughts-on-jojo-rabbit/ but this film is outstanding for so many reasons and the fact it passes the Bechdel Test just gives me reason to love it even more

Anyone who knows me also knows I love Disney. Those who know me very well know I am completely obsessed with Enchanted. A fariytale film with a feminist twist, with multipule cameos from Disney princess alummni, I just heckin love this film!

Rom Com films aren’t really my thing, but when I heard they were making a film made of an exclusively Asian cast and that it was based on a book, I was very interested. I read the book first, (and the second one… and the third one…) then finally went on to watch the movie with my Mum. I was obsessed! They perfectly bought all the characters to life and I loved it! The costumes… Oh. My. God!! Watch this film!!

A star studded cast? Check! An iconic heist film? Check! Showing girls can do it too? Check! This film is the best! It has some of my absolute favourite actors in too: Anne Hathaway, James Corden and Awkwafina to name a few!

I still wonder how a film can be a complete hit with my whole English class and actually show empowering women. Also, Shrek is just one of those film franchises you need to watch.

I have already written a review about this film but I will never stop saying that this is the heartbreak healer. I’m so glad I watched this film when I did, because I was going through my own Joker and Harley breakup which made me feel so alone. I empathised with Harley Quinn and I left that cinema feeling like a new person. Read my full review here: https://totallytatiana.com/2020/02/16/my-thoughts-on-birds-of-prey-and-the-fantabulous-emancipation-of-one-harley-quinn/

This movie is so fetch! I quote it on the daily and it’s one of the 100 films you have to watch in your life.

The long awaited finale of this fantastic franchise. It definitely doesn’t let you down!

This film is a cult classic and it’s directed by a fearless female so just watch it!

One thought on “Iconic Films That Pass the Bechdel Test”

This site uses Akismet to reduce spam. Learn how your comment data is processed.