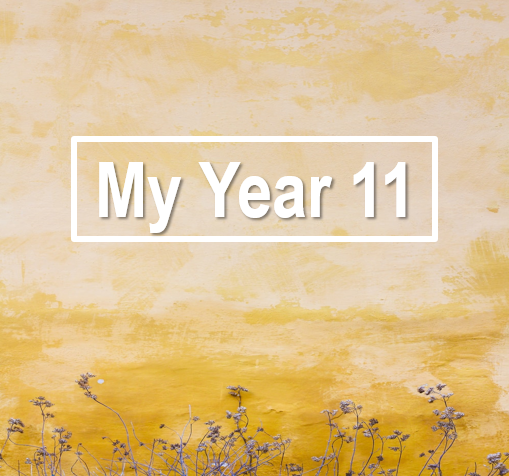 Of course, I was prepared to do this article in June/July but then everything went slightly pear-shaped and now I’m somehow out of year eleven in March.  ¾ of the way done, without any GCSE’s on my CV.  Yikes.  Anyway, I could moan and groan and complain but I’m not going to do that because it will get us all no-where and it’s completely pointless.  Instead, I am going to reminisce on my year eleven experience. As abrupt as it may have been, lots happened to me, my mental health and just around the world in general.  I feel the 2020 leavers are the only year group who can say the following: Brexit happened and we all had parties, Trump nearly started WW3 and we were all getting ready to be drafted, an illness which began because of bat soup has now cancelled our GCSE’s and prom and the rest of year eleven overall.  We are now not allowed to see any of our friends or grandparents, and we are revising for GCSEs which are non-existent.  We truly are the elite ones.  As “lucky” as we are, my year eleven was a year full to the brim of ups and downs, highs and lows and it was overall a rollercoaster.  However, as short as it was, I am still writing about it so obviously it can’t have been that bad… right?

September 2019 was the month where it all turned to shit.  I hit rock bottom, my “friends” left me, and I had a serious self-identity crisis.  I was unsure of myself, doubting my every mood and I didn’t know what to do with myself.  I worked myself from the ground up, realising I didn’t need fakies and flakies and found my true friends.  They came in the form of Thumper, a BTEC Ron Weasley, a crazy boy who bought out my competitive side to the extreme, the BFG, Blondie and Heather Duke and Heather Chandler.  This tribe rooted me on and helped me overcome loads of mini hurdles and I couldn’t have done it without them.

October 2019, things slowly began looking up for me.  Even though I was diagnosed with an eating disorder, I slowly became more self-confident, wearing a Halloween outfit I’ve always wanted to wear, I was just afraid of what others would say.  I slowly began getting in the swing of socialising and I gradually became better with physical contact.  October was the month of partying and performing – I performed for my BTEC Performing Arts in one of the leading roles and performed in the West End – where Phantom of the Opera is performed!

November 2019 my mental health managed to reach a level playing ground.  I got into a relationship, I was managing school life and social life easily and from the outside looking in, I was living a picture-perfect life.

December 2019 was also a great month for me.  I began revising, had sixth form and college open days and interviews and I began thinking about my future – something I always struggled to do.

Of course, this couldn’t last.  By January 2020, my eating disorder came back, bigger and badder than ever.  I got dumped by the “perfect guy” learnt he both lied and cheated on me which didn’t exactly do the best for my self-confidence.  I got back together with him which is my biggest regret of year eleven.  Lots happened but it’s still extremely raw and painful to go over.  However, the small silver lining is I had my first set of mock exams and if they were my real GCSE’s I would have passed six out of eight of them which is more than the minimum requirement.

February 2020, bad things happened, I hit lower than rock bottom and I don’t want to go too much into it but I’m lucky to have come out only on the highest med dosage and a few cuts, scratches and bruises.

It may not be the end of March yet but my word loads has happened.  I somehow managed to clamber my way back up to level playing grounds which is probably the most impressive thing I’ve done this decade (heh).  I’m slowly getting back to my old, old self which I’ve suppressed for years.  I was revising my poor ass off but then GCSE’s were cancelled, as was the rest of year eleven so now I’m just revising so I don’t drive myself insane.  I may be unable to see my friends, but I’ve been on the phone to them for at least one hour a day and another hour I spend playing Just Dance with my little brother.  My friend said I could spend this time to properly reconnect with my brother and that is exactly what I’m doing.  Also, relationship wise, I’ve finally decided to listen to my parents and I’m staying single!  (Well, I’m crushing but nothings happening until after lock-down).

Even though my year eleven was extremely brief, lots happened and I’m happy to say that I’m mentally vibing – well, vibing as much as I can while being unable to see my friends face to face.  I hope this article can show you that even though bad things may happen, there’s always a plus, you just must look harder sometimes.  All in all, I’ve survived secondary school without being murdered or hurt too badly.  Next stop: I’ll be sixteen ready to start sixth form!  But until then, I’ll be here, yours truly,